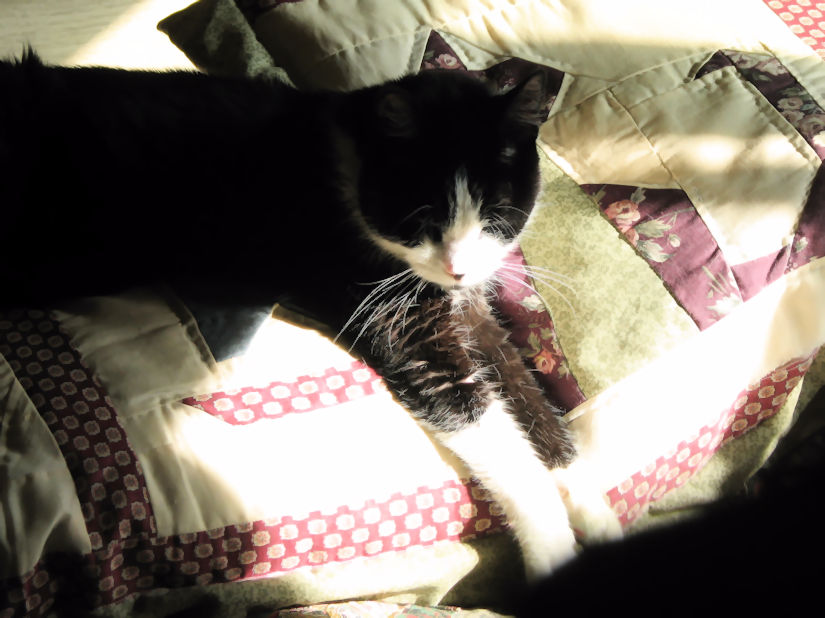 He was a rescue cat, rescued from the backyard with his littermates, Maxie and Midnight. He was a fun, semi-sociable and handsome boy. Perhaps it was his formal attire, wearing tuxedo colors. Or, perhaps it was his laid back demeanor.

Tuxie’s daily routine included at least one, very fast run everyday. If he missed a run, he would make up for it with two runs the next day. His other daily must do was to lay on a lap and snake around a bit. Though he was quiet, Tuxie made himself known, rubbing on your legs or asking for pets. He knew how to sit nicely next to you. After a while, he would nibble on a finger, or two. The nibbling, of course, was done with a smile and great affection. 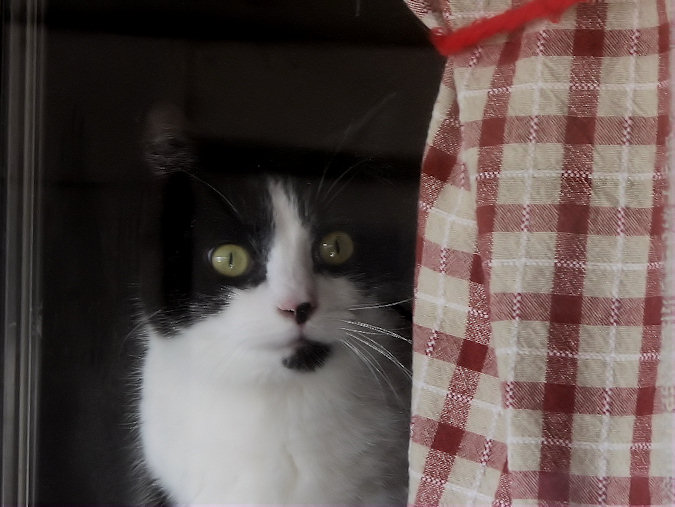 After coming indoors, Tuxie quickly learned the value of a window. From a window, the entire world could be seen. Squirrels and birds, other cats, dogs and wildlife. Better yet, it could all be seen in all kinds of weather.

We love and miss you very much.